Admittedly, our last stop in Malaysia was not planned at all in the beginning. Actually, we wanted to visit some national parks and islands in West Malaysia, which, however, were partly like extinct by the monsoon and we therefore had to change our plan. We still had 6 days before we flew from Malaysia with AirAsia to Bali and wanted to spend these days with a sight we had not yet visited in Malaysia. Since we had already learned from some Malaysians we had met on our tour of the country, the Malacca or Melaka (as it is written in Malaysia) is worth a trip we wanted to spend a few days here after Langkawi.

From Airport KLIA 2 we went by bus to Malacca. The bus ridecosts 6 euros per person (one way) and 12 euros per person (round trip).From Kuala Lumpur the cost is similar or almost identical. The journey from KLIA 2 takes about 2 hours, if you come from Kuala Lumpur, the journey time is between 3 and 3.5 hours, depending on traffic.The bus system in Malaysia works very well and is usually also very punctual. Therefore, we can only recommend the journey to Malacca by bus.

The city of Malacca currently has a population of about 480,000 and is one of the largest cities in western Malaysia. Since the year 2008, the city has been a World Heritage Site. In the same year, Penang or Georgetown was also listed on Unesco’s World Heritage List. The city is also the namesake of the Strait of Malacca which runs right outside the city’s front door. In the past, the city was an important port city – however, it has lost this role over the last few years as the ships have more and more draught, but the port does not have the necessary depth. More than 2000 container ships pass through the Strait of Malacca every day. Especially for the trade between China and India, the Strait is of very important significance. Malacca is located pretty much between Kuala Lumpur and Singapore.  The history of the city can be traced very precisely to the year 1402. However, the city itself is said to have existed since 200 years after Christ. Initially, the city was an important trading and transshipment center for spices.

Malacca has quite a bit to offer in terms of culture and architecture in our eyes. Classic activities, however, are limited to strange bicycles and a river tour on an amphibious vehicle.

Melaka Straits Mosque is located on the filled up island in front of downtown Malacca. The mosque was opened in 2006 and has been a landmark of Malacca ever since. During the construction of the mosque it was ensured that Middle Eastern and Malay building arts are combined. Thus a unique mosque was created which looks with normal water level as if it floats directly.

The Fort a Famosa with the Porta de Santiago is probably one of the most important sights in Malacca. This fort has been around almost as long as the city has officially existed. In the year 1511 – 1641 the fort of Malacca was built and controlled by the Portuguese. In the year 1641 – 1795 by the Dutch and then by the English 1795 – 1807. As you can see here quite well the city was subject to constant change. Thus, the city was constantly exposed to new cultural influences which in turn mixed with the Malaysian and Chinese culture.

The Malacca River Walk was the most visually appealing place in Malacca for us. The Malacca River Walk runs along the canal that runs through the city. On the right and left side of the canal you can find countless restaurants and brightly painted houses. In between you can always see how boats drive the other tourists give a tour of the Malacca channel. Here it is definitely worth it to drink a coffee and just take in the view of the colorful houses and the hustle and bustle of the city.

Since we are both not really so church enthusiasts but the two churches are very important for the cityscape and the entire city history we want to mention the St. Paul’s Church and Christ Church of course. Saint Paul’s Church is one of the oldest churches in Southeast Asia and Malaysia. The church is located directly in the Fort a Famosa and can still be visited today. Built and completed the St. Paul`s Church in 1521 by the Portuguese.

Jonker Street or Jonker Walk is the central street in Malacca. The street runs through the old town of mainly Chinese buildings and stores. Here there are some mosques, churches and also muses to visit. In the evenings (Fridays, Saturdays and Sundays from 6 pm) the Night Street Market Jonker always takes place here, where you can buy an incredible amount of delicious food and other stuff.

As Malacca itself is relatively flat and there are few opportunities to enjoy a view over the city there is the so-called Menara Taming Sari. This is a tower that is 80 meters high and has a rotating gondola. Here you can take a seat and enjoy the view over the city. However, the entrance fees are not cheap even by German standards.A ride that lasts 7 minutes 1 minute up 5 minutes up and 1 minute down is at 23 RM – which is about 5 euros.

Accommodations and restaurants in Malacca

Malacca is probably one of the cities where you can get very great hotels and accommodation at very reasonable prices. The standards are partly similar to Kuala Lumpur and the price but 50% cheaper. So you can get here already a great private accommodation for 20 – 25 euros a night. Simple homestays and hostels are available from 4 euros a night.

Since Malacca has a very large Chinese population, you will find mostly Chinese restaurants. Of course, but otherwise there is also the usual variety as one is accustomed to Malaysia. Whether you want to have Korean BBQ, Indian Dahl or Fried Rice with Chicken in Malacca everyone will find it. The prices for food are about again 30% cheaper than in Kuala Lumpur. Thus one gets enormous portions for two persons with beverages already starting from 40 – 50 RM.

Is a trip to the city worth it?

We have spent a total of 5 nights and 6 days in Malacca and look at the visit to the city with different feelings. On the one hand, the city center and some buildings are really worth seeing, on the other hand, the city is somehow no longer as authentic as we were used to other cities in Malaysia. Since it is one of the oldest cities in Malaysia and yet has some attractions (little nature, more history and architecture), we rather recommend a day trip from Kuala Lumpur than a longer stay in Malacca itself. 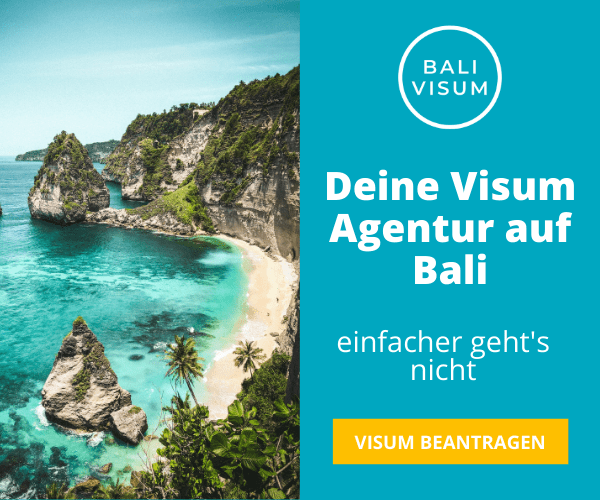